Six scholarships of $500 each were awarded to help cover tuition for students who attend Catholic schools. Receiving the two scholarships awarded to students in kindergarten through eighth grade were Henry Hoeft who will attend kindergarten in the fall at Our Lady of Good Counsel in Plymouth, and Ethan Godin, a student at St. Edith in Livonia.

“Catholic Vantage Financial has a proud history of supporting Catholic school education in the communities we serve through a variety of activities,” said Emma Teller, CVF vice president of marketing and business development. “Members repeatedly tell us how much these scholarships mean to their families and to their children’s continuing education.” 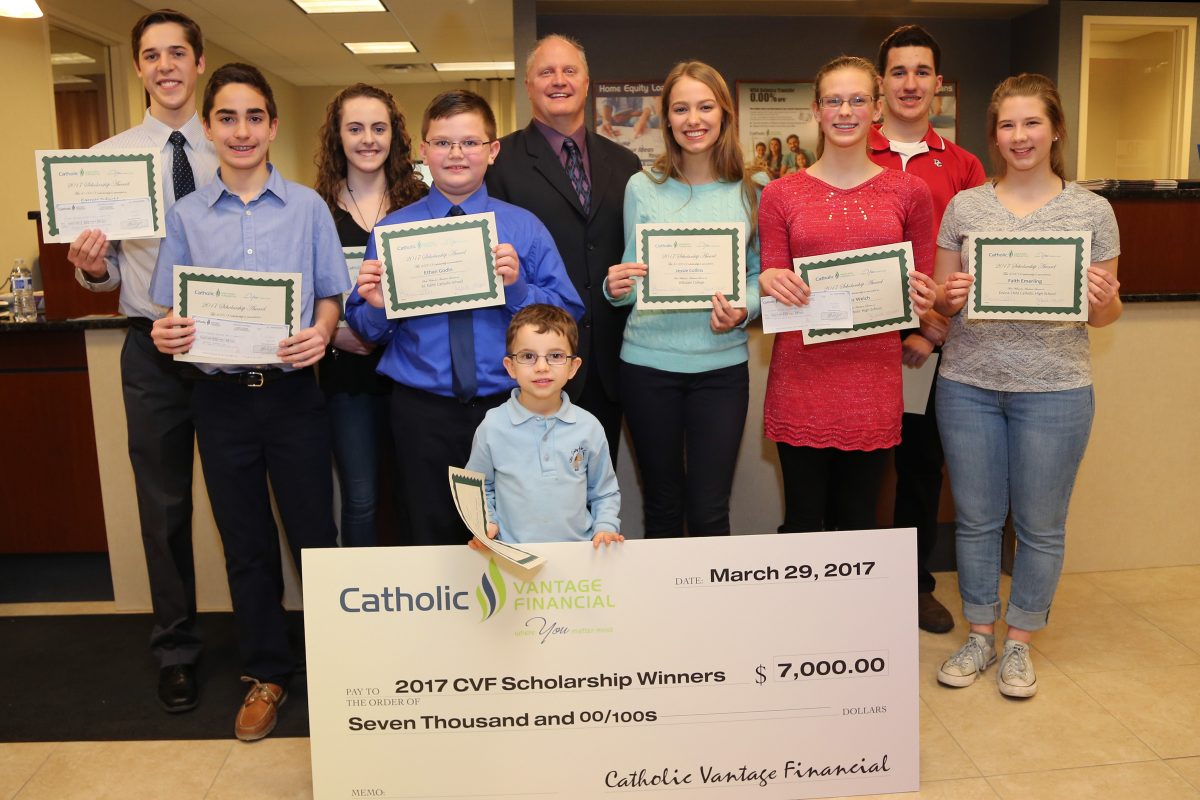